September 24, 2012 Patrick Jumpen releases his new single "The Sound of Amsterdam" on Amsterdam's Lower East Side Records. It is the 4th release of Patrick Jumpen co-produced by Flamman & Abraxas - who describe it as "A mixture of Jump / Tek / Oldchool / Hardstyle / Hardcore". In 2007 their joint productions, the singles "Holiday" and the "The Secret" both hit Top 10 in the Dutch singles charts and the DVD "Jumpen Doe Je Zo" reaches Gold status. Their album "One Man Army" is one of Lower East Side Records' best selling digital releases. Patrick Jumpen enjoys a fanbase of thousands worldwide and actively engages with his followers through Facebook and YouTube. For the music video Patrick launches a Jump Video Contest - giving Jumpers and Crews from around the globe the opportunity to submit their movies and a chance follow in his footsteps. Patrick grows up in South America. In 2006, after moving to the Dutch village of Dommelen close to the Belgian border, he gets hooked to the sound of Jumpstyle and actively develops the dance moves that are to become standard for the genre. In his back-yard he records several amateur style Tutorial videos which he uploads to Google Video and YouTube. They immediately go viral and soon his videos rank #1 with millions of viewers as he continues with a series of "Jumpend Het Land Door" ("Jumping Around The Land") where he crashes public locations such as a police station, Mc Donald's, Madurodam, the Hell's Angels clubhouse and Amsterdam's infamous Red Light District. Even though many of the original videos get lost when Google Video is deprecated - his YouTube channel in 2012 counts 30.000.000 views and 23.000 subscribers.

In 2007 Patrick gets introduced to DJ/producer Jeroen Flamman - of Flamman & Abraxas, Party Animals, Fierce Ruling Diva and the famous remix of Technohead's "I Wanna Be A Hippy". He signs an artist contract with Jeroen's production company Lower East Side Records and moves to Amsterdam. They produce several songs together which are soon licensed to Belgium's Start Stop Records, market leaders through the "Explosive Car Tuning" and "Jumping Is Not A Crime" compilation series, that release them as singles. For House Of Knowledge they professionally record a fresh set of Jump Tutorials in a blue-screen studio. The resulting DVD - "Jumpen Doe Je Zo" reaches staggering sales and is translated into German and French. 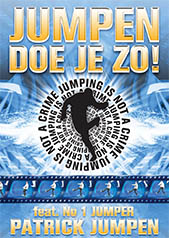 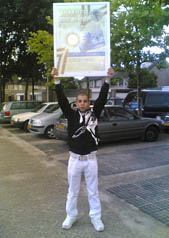 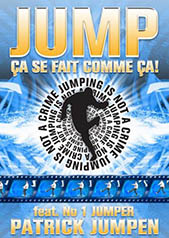 With his Jump partners Dion & Antwan Patrick performs many in-store Jump demonstrations and clinics for Start Stop Records. They sign with booking agency Jan Vis and supported by DJ Flamman and MC Monus start a tour through Holland's nightclubs and perform at big events such as Queensday on Amsterdam's Museumplein, the Lowlands Festival and the Nijmeegse Vierdaagse between the summers of 2007 and 2008. In Eindhoven's PSV stadium they perform for 35.000 people and receive their Golden DVD Award. They take their show international with numerous performances in Belgium, Germany and Italy. On one occasion Patrick visits the Vatican where he hits the Pope's stage, starts Jumping for yet another video. He gets arrested and expelled with a three year ban on visiting the Vatican..

Late 2008 Patrick relocates to Germany and releases Solis Invicti on Ministry of Sound. He finds a new home in Lübeck, Nordrhein-Westfalen and under his real name Patrick J. Pereira develops new skills and undertakes new activities including business consulting, radio programming and writing the book "The Star Within (Fundamentals for the Recording Artist)" with ins and outs of the music industry. Physically he stays in shape through power training and Muay Thai boxing. In June 2012 Jeroen Flamman visits Patrick in Hamburg where they decide to pick up where they left off in 2008. Jumpstyle has now spread internationally - the Facebook followers on the Patrick Jumpen page are no longer limited to the Netherlands and Belgium but many other European countries and further, particularly the U.S.A., Mexico, Singapore and Malaysia. Patrick Jumpen is now back with his original production team and "The Sound Of Amsterdam" is the first of hopefully many new musical adventures to come. 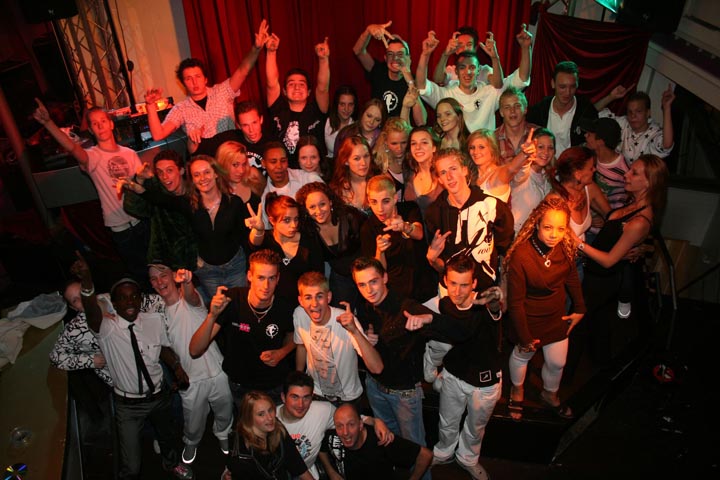